Numbers have been dramatically declining among the five codes, and research suggests kids are moving away from competitive sport, because they just want to have fun with their mates.

New Zealand Ice Hockey has been well aware of this for a number of years, and a look towards the United States showed them that a change in coaching practices and strategic delivery can not only ensure numbers continue to grow, but national teams can – at the same time – become more competitive.

A big part of this delivery is the NZIHF’s age group development camps.

This year, the federation will run four camps running from October through to November, in all the main hockey centres – Auckland, Queenstown, Christchurch, and Dunedin.

Kids aged 12 through to 18 will meet, along with coaches, to be tutored in the “way forward” for New Zealand hockey. 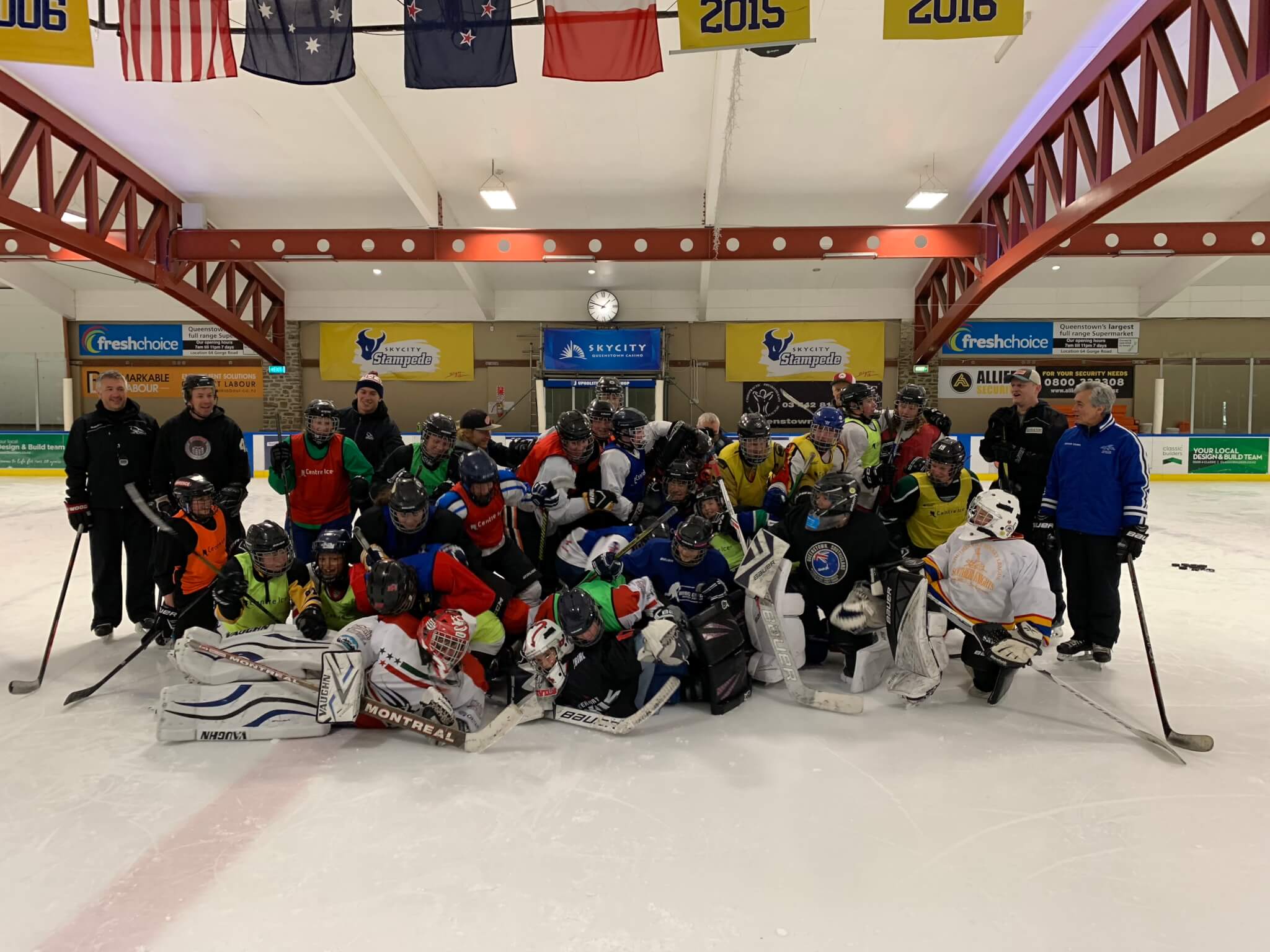 Darren Blong, the NZIHF’s coaching co-ordinator, was a part of the U16 camps that ran last year, and says the extension to U18s this year, and the success of last year’s camps, has increased the popularity and buy-in immensely.

“We’re limited by how many people can sign up, obviously, but right now we’re looking at around 130 unique signups. There are nearly 200 actual subscriptions with some going to two or three camps.”

The goal is to show both kids and coaches a new standard of approach which puts heavy focus on the “fun” side of hockey, lets the kids take ownership, and also places emphasis on small area games and skill-based stations to keep them engaged.

“The big emphasis is on the “FUNdamentals,” Blong said.

“The premise of trainings is a pretty simple model… we always start with fun end with fun. What we’ve also done over the past few years is implement the Canadian testing standard on ice. We measure all the kids at every camp and we focus on specific areas.

“With potentially 40 to 50 kids on the ice at one time, you need 10 or more coaches controlling it and overlapping. We do a lot of confined space stuff at the front and back so that there’s game situations simulated.

“It’s a way of kind of getting people used to the concepts, and getting them used to small area skills-based station work, teaching how it can be done.”

The camps in Auckland will involve the renowned and respected Nate Leslie , while camps around the country will bring together some of the best coaches in the country, as well as new coaches to learn and grow.

Coupled with that, there’s a big emphasis on letting the kids take control, so that they have responsibility for their own development.

“We try to engage the kids by giving them ownership of things.

“You have to be careful how you do that, but you find a commonality within the group and then you can start to get them to set what they want as standards and goals and they take ownership.

“It’s a different thing when the coach takes it over and tells everyone what to do. Those old school things don’t resonate with kids anymore. And they’re too smart and too well informed… you tell them any bull, and they’re work it out. You’ve just got to be real with them.”

However, it’s not solely just about having fun without the desire to achieve and progress.

Like the five main sporting codes, and their decision last week, New Zealand Ice Hockey still recognise the importance of giving those who want to strive for higher things, the opportunity to do so.

In saying that, there is a collective benefit for everyone by retaining more kids in the sport for longer. 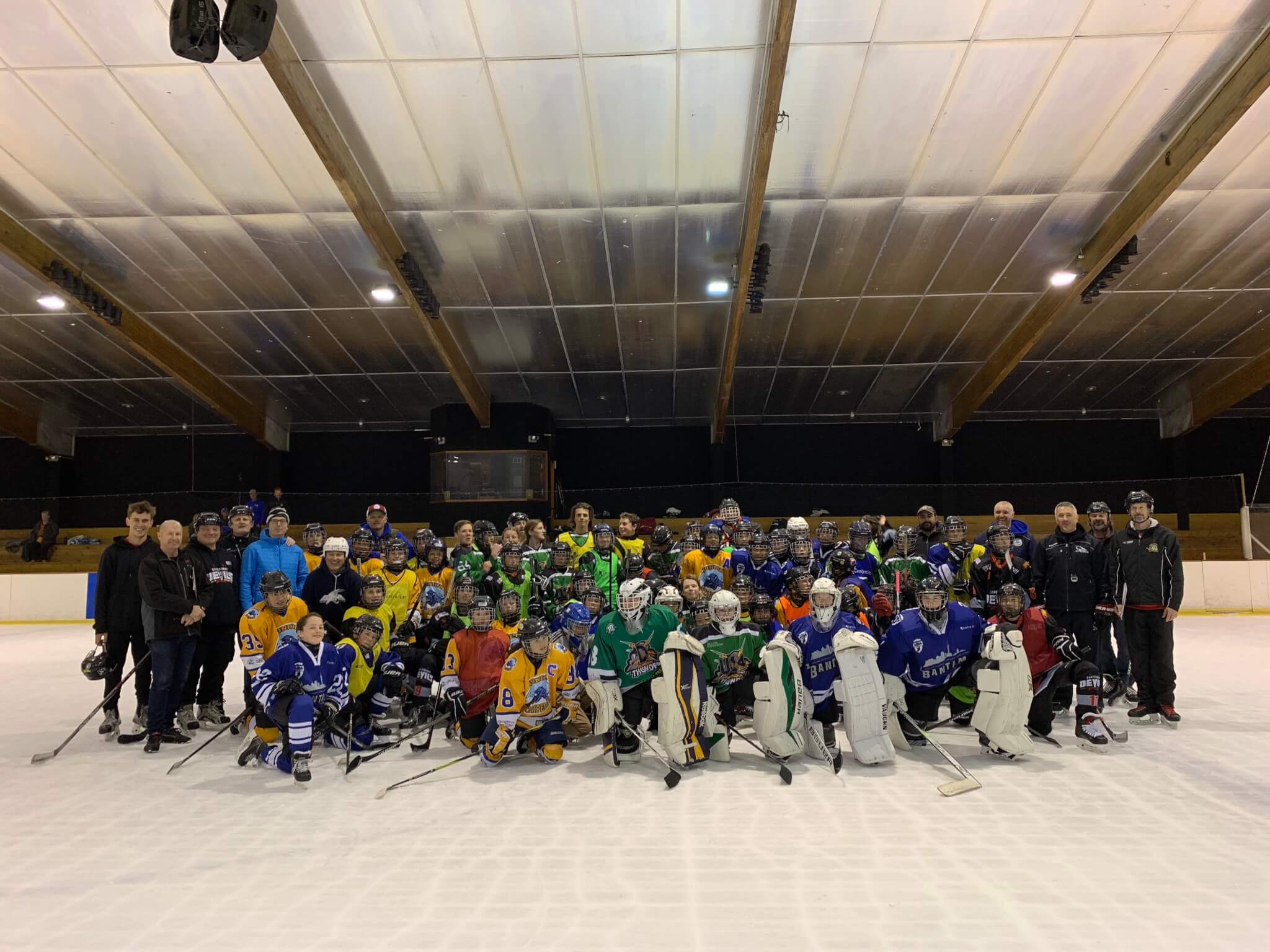 “While there is around 4% that might eventually play for New Zealand, underneath that we want to create a fun and developing environment for the other 96% so that they’re more likely to stay in the game and be more competitive,” Blong said.

“That helps create a bit of depth and also more competition for everyone.”

It’s about fundamentally building a sense of community and culture that starts at a young age with both players and coaches.

“We try and teach kids good habits off the ice, respecting others, and just trying to make good people. It’s not about trying to make NHL players. If you get enough of them… yeah it could happen… but if they don’t make it, they’ve been taught some stuff that lets them have fun and they’re with their mates.

“The bottom line is, we want more feet in skates; we want to keep them in skates, and the more coaches the better.”